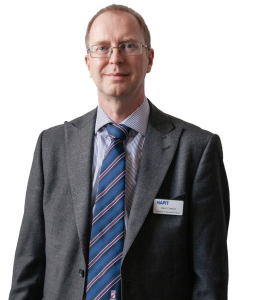 As Parliament settles into its Autumn session, clean growth is high on the agenda. The first ever Green GB week, held between 15th and 19th October, is intended to shine a light on the progress made by the UK over the past few decades. With environmental concerns high on the agenda of many voters, and with much progress to celebrate, there is little wonder that the Government has chosen to highlight the work it is doing in this area. But the pace of change needs to accelerate to stop the UK from missing its next two interim ‘carbon budget’ emissions targets.

To enhance the country’s prospects of meeting these carbon budgets, policies relating to homes (whether owner-occupied, privately rented, social housing, new-build or retrofit) must be improved. Successive Governments have tried to ‘crack’ this area, with varying degrees of success.

Feed-in Tariffs (FIT) are often heralded as a successful Government policy. Introduced in 2010, the FIT has supported 826,561 renewable energy generating installations, equating to over 6 million kW of capacity[1]. However, next spring is set to be a time of change in the solar PV market. Currently, consumers who have solar PV panels installed on their property receive FIT payments based both on the energy they generate and any surplus energy produced which is exported into the grid, known as an export tariff. A call for evidence launched in summer 2018, however, suggested that both of these incentives could disappear after April 2019.

Along with a number of other respondents, NAPIT opposed the closure of the export tariff. As well as failing to reward homeowners for contributing to the Government’s emissions reduction targets by producing clean energy, the removal of these payments could have serious consequences for installation standards. Currently, consumers must use an installer who is a member of the Microgeneration Certification Scheme (MCS) to be eligible for payments made via FIT, and as a result the incentive is linked to quality assurance and consumer protection. The removal of FIT payments would leave consumers free to use any installer, regardless of whether they meet the levels of competency set out by MCS. The poor-quality installations which could then take place may not deliver the desired carbon reductions and could damage public perception of the renewable energy market. It is already proving difficult enough to attract installers to MCS, with fewer than 2,000 currently registered[2] compared with almost 5,000 in 2012. Not incentivising the use of MCS installers would damage the scheme further and I hope that the export tariff will remain in place.

It is important to remember, however, that MCS’s initial aim was to deliver quality and consumer protection, with incentives not part of the mix. In England and Wales microgeneration work must comply with the Building Regulations, and I believe that a strong linkage between MCS and the self-certification of work under the Building Regulations can be delivered by close alignment between MCS and Competent Person Schemes. This would lead to quality, consumer protection and regulatory compliance becoming the focus of the scheme. MCS itself has transitioned into a new charity and service company and the new trustees and directors are already examining the future of MCS and its relevance to industry, consumers and Government policy.

Improving the energy efficiency of homes is a big part of the Government’s strategy to reduce emissions. The Each Home Counts review in 2015 looked into consumer advice, protection, standards and enforcement in relation to home energy efficiency and renewable energy measures. This review recommended the promotion of a single Government-endorsed quality mark, and a rebranded, revised TrustMark scheme is set to deliver this. TrustMark is well-regarded by many members, and this period of change provides the opportunity for further improvement to the scheme. However, this scheme must be deliverable and sustainably successful, or it will follow the Green Deal into failure.

By spring 2019, TrustMark scheme registration will be made mandatory for any installer who wishes to carry out work which is part-funded by the new version of the Energy Company Obligation, ECO3. This Government-funded policy has delivered over 2 million energy efficiency improvements since 2013[3] by requiring large energy companies to tackle the worst performing homes. ECO3 will focus on reducing the utility bill costs of those unable to pay by subsidising the cost of installing energy efficiency measures, whilst also reducing carbon emissions.

At the same time PAS 2030 (the installation standard for retrofit energy efficiency measures) is being revised and PAS 2035 (a new guide for design and project management) is being introduced. These will also be mandated under ECO3. This causes one potential problem when an able-to-pay customer has an energy efficiency measure installed. Most of these measures can be installed effectively and robustly under Competent Person Schemes and many of these CPS installers voluntarily choose to join TrustMark to demonstrate that they meet a suitable Code of Conduct. If it becomes a requirement of TrustMark scheme membership that installers are certificated to PAS 2030 (in turn taking appropriate account of PAS 2035) it seems highly likely that they would choose not to jump through the hoops demanded by TrustMark, reducing their scope to CPS alone. The losers in that scenario would be TrustMark and consumers. In my view, PAS 2030 and PAS 2035 should apply only when specified by a Government scheme (e.g. ECO), by the customer themselves or potentially by a funding party as a condition of a loan. This would allow installers to remain in the TrustMark scheme when installing the same measures under CPS, preventing those two Government schemes from drifting apart.

I want to conclude by discussing the Each Home Counts recommendation for a single promotable quality mark for renewable energy and energy efficiency. Both MCS and TrustMark aim to deliver the necessary quality assurance and consumer protection, and both see themselves as strong quality marks. I have been a strong supporter of the schemes and will continue to work with both organisations to make them as valuable to our industry as possible. It has been deeply disappointing to see these two forces for good failing to find a way to work in harmony over a branding issue. I understand the difficulties and wouldn’t downplay the complex issues underlying the situation, but I hope that they can identify a solution so that the rest of us can get behind them and realise their value to installers and consumers.

For more information on NAPIT’s suggestions for a low carbon future, visit http://www.napit.org.uk/pdf/briefing_note_Moving_towards_a_low_carbon_future.pdf.